In VRC final general and class classifications, all results will be counted.

Allowed cars in the brackets.

The penalty for the offense (cutting slow corners with 4 wheels or cutting high-speed corners over the width of the car) – 15 seconds added to the   result for each offense.

b) It is forbidden to bypass fixed (permanent) obstacles outside the conventional route, resulting in cutting or passing obstacles on the wrong side (eg. chicanes). An permanent obstacle means any facility located along the route, regardless of the collision model, that it has.

The penalty for the offense (bypassing permanent obstacle) – 1 minute added to the result for each violation.

c) It is forbidden to cut constant obstacle using its specific model of damage. For cutting an obstacle is considered visible damage to obstacle through contact with the car.

Exceptionally, we allow touching of small cones on stages such as RSI Slalom Shonen.

The penalty for the offense (beheading constant obstacle) – 30 seconds added to the result for each offense.

The organizer will not punish for the single „grazes” of permanent obstacles, when for example corner of the car will come into contact with the „light”     chicane. However, in the case of notorious recurrence of such small errors (more than 5 per special stage – e.g. Slovakiaring), the driver can be             penalized, depending on the frequency of these events (not less than 30 seconds).

The organizer decides about qualification of the offense as illegal „cut”, or allowed „graze”.

The penalty for the offense (driving on the bands) – 2 minutes added to the result for each special stage, where the violation occurred.

e) It is unacceptable to tackle the corner using the side of the road with all 4 wheels. A prime example is special stage Falstone.

The penalty for the offense (using side of the road before entering the band) – 15 seconds added to the result for each offense.

If the new trespass will be detected during after-rally replays verification, organizer reserves the right to punish a driver. The penalty will be determined    by a time profit, but will not be less than 30 seconds.

Therefore, a public statement about finishing of the starts by fault of the organizer, will result – as desired – removal from the start list of the   championship and of the community gathered about WR.pl. In case someone would change his/her mind (at the earliest after 60 days), comeback may   occur after contacting the organizer.

We emphasize that no one will be removed or punished for criticism of the decision made by organizer. It concerns mainly people who threaten   (blackmail?) dropping out of the competition.

VR.eu reserves the right to extend the regulations for a further points and clarification of these points, which are already existing in order to improve the organizational quality of the Championship. Drivers will be informed about any changes in the regulations (section 5). 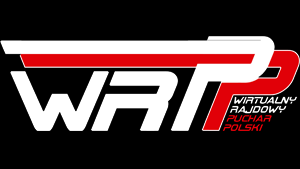 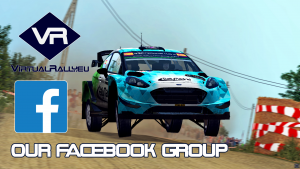 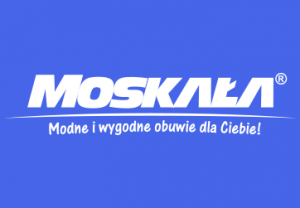